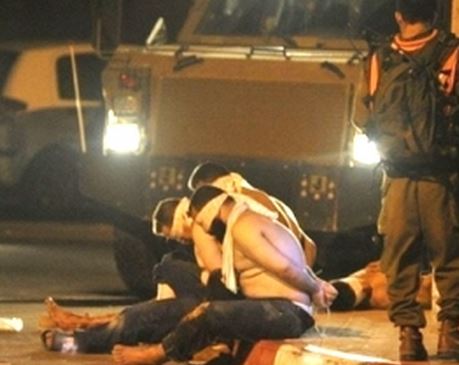 One Palestinian, identified as Khalil Mohammad az-Zama’ra, was also kidnapped from his home in Halhoul town, north of Hebron.

Soldiers also handed resident Mohammad Yousef ‘Awad, 20, a military warrant for interrogation in the Etzion base, north of Hebron.

The latest arrests in Beit Ummar bring the number of kidnapped Palestinians in the town alone, since the beginning of the year, to 64 residents, including 28 children.

In addition, soldiers invaded Silwad town, in the central West Bank district of Ramallah, and kidnapped a journalist identified as Islam al-Foqaha after breaking into his home, and violently searching it.

Two more Palestinians, identified as Mustafa Hilal Shatta, 35, and Bassam ‘Omar Abu Zeina, 23, have also been kidnapped from their homes in the northern West Bank city of Jenin, and the Jenin refugee camp.