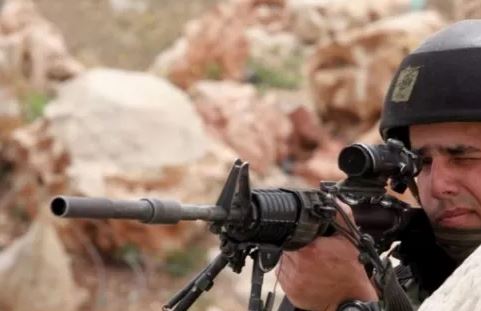 Eyewitnesses said the soldiers fired dozens of rounds of live ammunition at local youths, during clashes that took place after the army invaded the area.

Several residents have also been injured during ensuing clashes, but their wounds have been described as mild.

Several military vehicles have been deployed in the area, closing a number of roads, and obstructed Palestinian traffic.