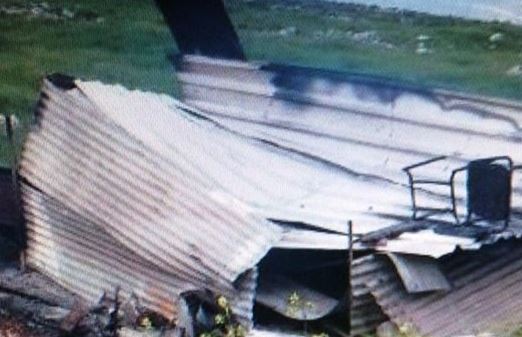 The Maan News Agency has reported that a number of Palestinian youths burnt, Friday, a mobile home in Bracha illegal Israeli settlement outpost, built on Palestinian lands belonging to Iraq-Burin residents, south of the northern West Bank city of Nablus. The youths managed to enter the illegal outpost and set the empty structure ablaze before leaving the area. No clashes were reported.

Maan said the soldiers invaded the village after surrounding it, leading to clashes between them and dozens of local youths.

In addition, soldiers fired rounds of live ammunition, and gas bombs, including several bombs that directly targeted a number of homes.

It is worth mentioning that Israeli extremists, living in illegal outposts in the area, repeatedly invade the village, in addition to attacking the villagers and their farmlands.