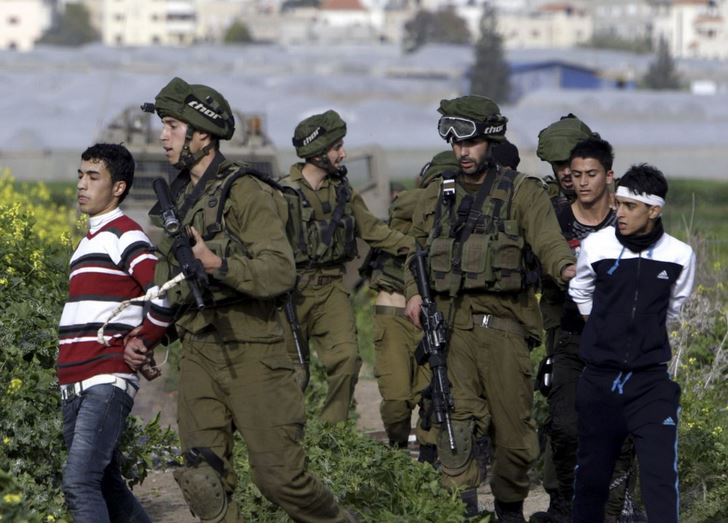 They added that the soldiers kidnapped Ma’moun Mohammad al-‘Awawda, 24, and Nihad Emteir al-‘Awawda, 32, and took her to an unknown destination.

In addition, media spokesperson of the Popular Committee against the Wall and Settlements in Beit Ummar, Mohammad ‘Awad, said the soldiers invaded the town before violently breaking into the home of ‘Ali ‘Ayyad ‘Awad.

He added that the soldiers held the six family members in one room while searching and ransacking their property in the at-Tarbeeqa area. The soldiers also searched the area around the invaded property.