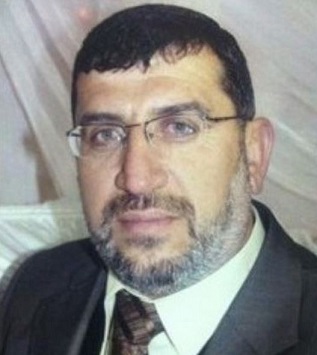 The Palestinian Detainees Studies Center has reported that the Israeli Prison Authority renewed, Thursday, the administrative detention order against ailing detainee Nabil Na’im an-Natsha, 58, for additional four months, without charges or trial.Riyadh al-Ashqar, the Center’s media spokesperson, said detainee an-Natsha was kidnapped by the army on March 27, 2013, and received a six-month Administrative Detention order that was renewed four consecutive times.

Al-Ashqar said that, prior to his latest arrest, an-Natsha was imprisoned for more than 10 years, largely held under Administrative Detention, and was, in 1992, forced into exile for one year.

He held Israel and its Prison Administration responsible for an-Natsha’s life, who was moved to various Israeli hospitals without receiving the constant care and treatment, and called for his immediate release.

Al-Ashqar also called on Doctors Without Borders, the World Health Organization, the International Red Cross, and all related human rights and medical organizations to intervene and pressure Israel into releasing an-Natsha due to his deteriorating condition, so he can receive the needed medical attention, especially since Israel is not pressing any charges against him.

It is worth mentioning that in 2007, Basil, one of Nabil’s sons and a member of the Al-Qassam Brigades of Hamas, was killed during armed clashes with Israeli soldiers in Beit Kahel, in Hebron; two Israeli soldiers were killed.