Soldiers Invade A Town Near Tulkarem 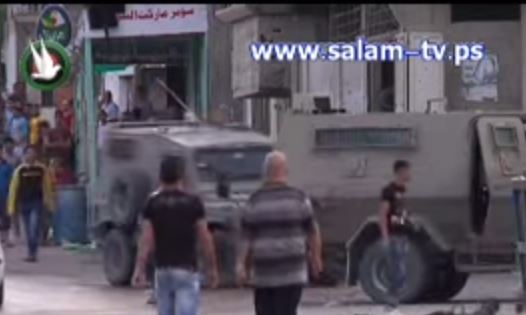 Israeli soldiers invaded, on Tuesday before noon, the town of Bal’a, east of the northern West Bank city of Tulkarem, leading to clashes with local youths. Eyewitnesses said a number of Israeli military jeeps invaded the town from different directions, and clashed with local youths who hurled stones, and empty bottles, on them.

Medical sources said many residents, including children, suffered the effects of tear gas inhalation, and received treatment by local medics.

The soldiers also closed several roads, in and near the village, during the invasion, and withdrew later.