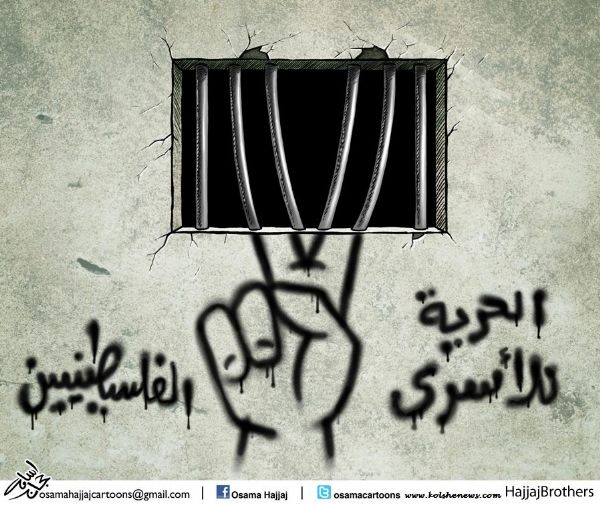 The Palestinian Prisoners Society (PPS) said one of its lawyers managed to visit three ailing Palestinian detainees, held by Israel and denied the urgently needed essential medical treatment.The PPS said detainee Eyas ar-Refa’ey, 31, is suffering from acute infections in his intestines and colon, in addition to dangerously losing weight since several months.

He was held in the Negev detention camp, before being moved to the Ramla Prison clinic that lacks basic supplies and specialized physicians; he is currently only receiving painkilling pills.

The detainee was taken prisoner in 2006, and was sentenced to eleven years.

The PPS added that detainee Yacoub Ghawadra, 42 years of age, suffered from ongoing sharp back pain, and asthma, but is not receiving any specialized treatment or medications.

In addition, the lawyer managed to visit detainee Hani Lahlouh, 38 years of age, who suffers from a gum disease, decayed tooth, but not receiving the needed treatment.

Lahlouh, currently held in the Negev Detention camp, was kidnapped in 2003, and was sentenced to 18 years.

It is worth mentioning that 207 Palestinians died in Israeli prisons and detention camps since Israel occupied the West Bank, Gaza Strip and East Jerusalem in 1967.

Around 72 of them died as a result of torture, and 52 others who died after being denied the needed and specialized medical treatment.