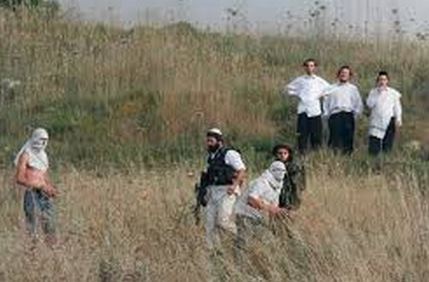 Clashes took place, on Thursday evening, near the western entrance of Kufur ed-Deek village, in the central West Bank city of Salfit, after Israeli soldiers and extremist settlers tried to invade it; while the soldiers also kidnapped two Palestinians.Media sources in Salfit said a large number of Israeli fanatics from two illegal nearby colonies gathered near the village, and attempted to invade it.

Dozens of residents noticed the settlers gathered in the area in an attempt to prevent the extremists from invading their village, leading to clashes with Israeli soldiers who arrived at the scene.

The villagers are subject to frequent assaults by fanatic Israeli groups, and Israeli soldiers, including ongoing attacks against their orchards and farmlands, especially amidst attempts to expand illegal nearby colonies, built on Palestinian lands.