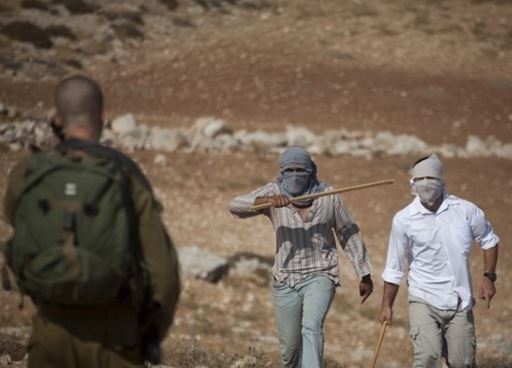 Around four Israeli fanatics, from the Beit Eyin illegal colony, north of the southern West Bank city of Hebron, attacked Saturday Palestinian villagers while working on their own lands.Mohammad ‘Ayyad ‘Awad, spokesperson of the Popular Committee Against the Wall and Settlements, said the extremists threw rocks at Mohammad Abdul-Hamid Sleibi, and his two sons, in Wad Abu ar-Rish area.

‘Awad added that the attack was carried out by four Israelis, wearing masks, and white outfits.

The assailants were standing behind the settlement fence, and used slingshots to throw stones at the Palestinian farmers who had to leave their land to avoid being harmed, and fearing additional assaults.