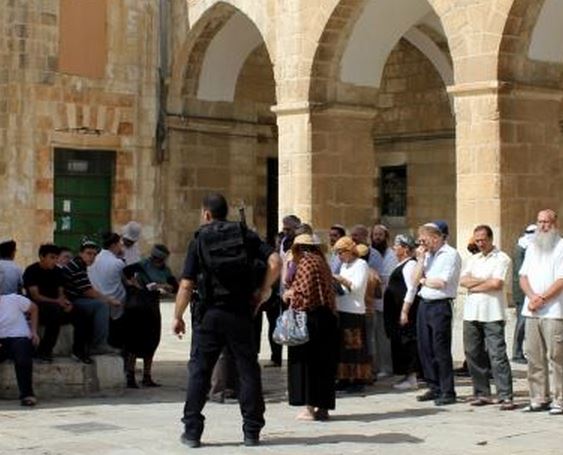 Media sources in Jerusalem said Israeli soldiers kidnapped, on Monday morning, a Palestinian woman near the Silsila Gate (Chain Gate), one of the Gates of the Al-Aqsa Mosque, as she stood there protesting an order denying her access to the holy site.The sources said the soldiers assaulted ‘Aida Saidawi, before dragging and kidnapping her, and took her to an interrogation center in the city.

Saidawi was repeatedly kidnapped and detained for trying to prevent Israeli extremists from marching in the Al-Aqsa Mosque courtyards.

Eyewitnesses said a few fanatic groups conducted the provocative tours consecutively, while the police withheld ID cards of Palestinian women before allowing them into the mosque.