Army Said To Be Searching For Missing Israeli Near Hebron 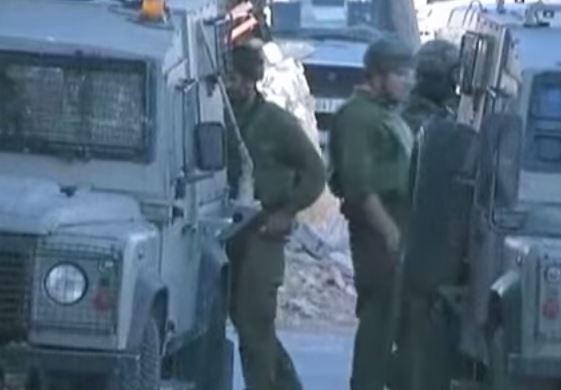 The Israeli Army, and the Police, said they are searching for an Israeli man who apparently went missing, on Thursday afternoon, near the southern West bank city of Hebron, and are investigating whether the man was abducted.Israeli sources said the Police received a call from a young Israeli who said his friend had a flat tire in an area between the Israeli colony of Keryat Arba’ and the village of Beit ‘Anoun.

The caller, who was accompanying the missing man, added that the young man went to bring some tools, but never returned, Israeli Jerusalem Post has reported.

It added that when the person contacted the police, he told them that he has been waiting for his friend for thirty minutes.

Channel 2 added that the missing Israeli is from Beersheba (Be’er as-Sabe’), and that he was on a trip to the Ibrahimi Mosque (Cave of the Patriarchs) in Hebron, to pray and his car broke down on the way back home.

The Israeli army said the incident is very serious and that it is conducting all needed measures.

The army also installed roadblocks near the towns of Halhoul and Beit ‘Anoun, in addition to the al-‘Arroub refugee camp.