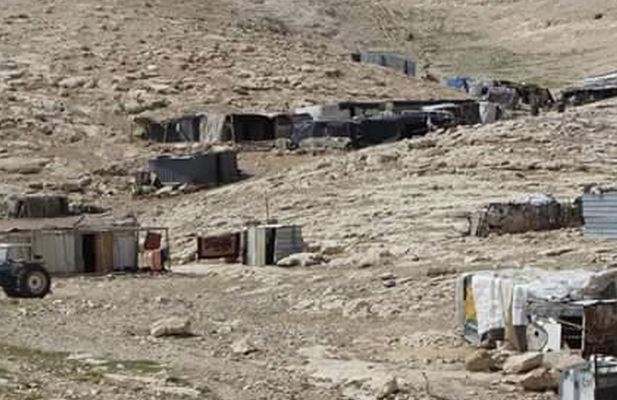 Israeli soldiers invaded, on Wednesday, a Palestinian Bedouin community in the al-Khan al-Ahmar area, north of the Israeli colony of Ma’aleh Adumim, and removed solar panels providing the community with power.The soldiers surrounded the area before invading it, and proceeded to remove the solar panels.

The Hebron Defense Committee said the solar panels were the only source of electricity to the residents, and provided power to a children’s school.

Many communities have been repeatedly displaced after the soldiers demolished and removed their tents, residential structures and barns as Tel Aviv does not recognize them, although, similar to the Bedouin communities, displaced and rendered homeless dozens of times in the Negev, have existed before Israel was established in the historic land of Palestine in 1948.

The violations continue while Tel Aviv insists on building and expanding illegal colonies on Palestinian lands in different parts of occupied Palestine.