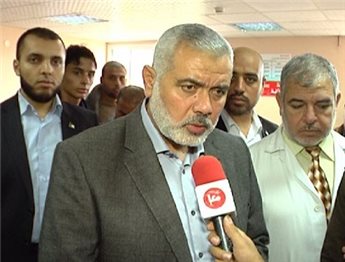 Prime Minister Rami Hamdallah said, Thursday, that Israel has threatened to deduct 1.05 billion shekels ($276 million) from taxes withheld from the Palestinian Authority between January and March.During a visit to Hebron, Hamdallah stated that that Israel agreed to release withheld tax funds before the start of Arab summit in Egypt, however summit start has long passed and the PA has not yet received any funds.

According to Ma’an News Agency, Israel would allegedly deduct the money to cover electricity bills owed by the PA, to which Hamdallah responded that that there are contracts with municipalities and electricity distribution companies that the PA is not responsible for.

Israeli authorities gave the Palestinian Authority a ‘warning’ regarding Palestinian electricity use earlier this year, temporarily cutting the electricity off to thousands in Nablus and Jenin during the middle of winter.

Israel’s prime minister’s office announced March 27 that Israel would release the funds it collects on the PA’s behalf with deductions.

‘Tax revenues that have been accumulated through February will be transferred, after payments for services to the Palestinian population have been deducted, including electricity, water and hospital bills,’ the statement said.

While under the Oslo agreements, Israel collects Palestinian tax revenues and is supposed to distribute the funds to the PA, Israel has historically confiscated Palestinian taxes in order to put political pressure on the Palestinian government.

In early January 2015, Israeli authorities froze the delivery Palestinian tax revenue collected on imported goods as a punitive measure in response to Palestine’s decision to join the International Criminal Court.

Frequent use of such punitive measures, as well as broader control over all access points in and out of the West Bank results in almost complete Israeli control over Palestinian imports and exports, while the Palestinian domestic market remains captive to Israeli products making domestic distribution for Palestinian companies difficult as well.