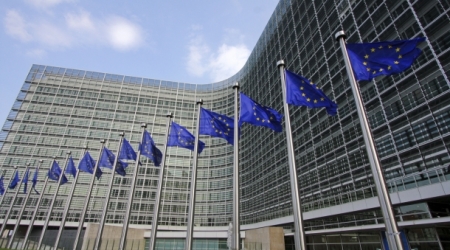 The European Union and the Netherlands Thursday announced a contribution of about $34.2 million (€31.6 million) to the Palestinian Authority’s payment of its civil servants’ March salaries and pensions.In a joint press release, the EU revealed that it is making a contribution of approximately $34.2 million (€31.6 million) to the payment of March salaries and pensions of around 68,000 Palestinian civil servants and pensioners in the West Bank and the Gaza Strip.

According to WAFA Palestinian News & Info Agency, this contribution is channelled through the Mécanisme Palestino-Européen de Gestion de l’Aide Socio-Economique (PEGASE) mechanism, which is the financial mechanism launched in 2008 to support the PA Reform and Development Plan (2008-2010) and subsequent Palestinian national plans.

It is being funded by the European Union which contributed around $33.4 million (€30.9 million) and the Government of the Netherlands with a contribution of $756, 490 (c.€0.7 million) earmarked specifically for PA’s salaries in the justice sector.

‘This is part of the first tranche of our 2015 direct financial support to the Palestinian Authority that we announced earlier this year and which amounts to €130 million in total,” said EU Representative John Gatt-Rutter.

He affirmed that, “EU will continue to provide predictable and solid support for the budget of the PA, to enable the Palestinian administration to fully function and maintain basic services.’

Gatt-Rutter explained that EU’s ‘long-term goal is for the Palestinian budget to be supported by revenues generated by the Palestinian economy. In this context, Israel’s decision to release Palestinian clearance revenues, withheld since December 2014, is essential to provide vital relief for thousands of Palestinian Authority workers and their families.”

He called for a “regular” and “systematic” transfer of Palestinian tax revenues.

Meanwhile, Peter Mollema, the Netherlands Representative, explained why their contribution is specifically earmarked for the Justice sector saying that, “The Netherlands is a strong supporter of the justice sector.”

He added, “It is essential that the Palestinian Authority can continue to provide services to maintain the Rule of Law for all Palestinian people. The Netherlands total contribution for this year will amount to €4 million earmarked for the justice sector.”

Since February 2008, around $1.9 billion (€1.8 billion) have been disbursed through the PEGASE Direct Financial Support programmes. In addition, the EU has provided assistance to the Palestinian people through UNRWA and a wide range of cooperation projects.