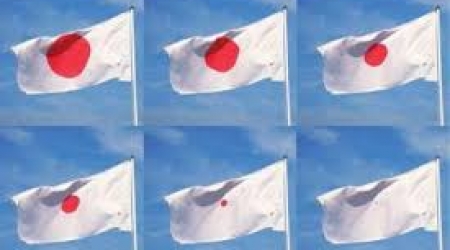 The representative of the World Food Program in Palestine, Daniela Owen, thanked the Japanese government for providing this urgent aid to families in the Gaza Strip who are in very bad need of help.

According to the Palestinian Central Bureau of Statistics (PCBS), the relative poverty line and the deep poverty line according to consumption patterns (for reference household consisted of 2 adults and 3 children), in Palestine during 2011, were 2,293 NIS and 1,832 NIS respectively.

UN statistics show that Palestinians are now the largest refugee population in the world.

WAFA additionally reports that, on Thursday, Japan has announced committing around $30 million to budget support through the World Bank for the Palestinian Recovery and Development Plan Multi-Donor Trust Fund (PRDP-MDTF) to support the Palestinian Authority “devastated” financial situation.

According to a press release issued by the Representative Office of Japan to the PA, “This contribution comes in a time where any kind of budget support is needed to help in stimulating the Palestinian economy and to offset the PA deep financial problems.”

The contribution is part of the recent additional support from the Japanese government to the Palestinian people, which was announced by the Japanese Prime Minister Shinzo Abe during his visit to Palestine in January 2015, which amounts to $100 million.

This is the third contribution following 2014’s $30 million to the PRDP Trust fund, which is a part of international support to alleviate PA’s financial difficulties, said the Representative’s office.

The World Bank PRDP Trust Fund was established on April 10, 2008, through an agreement signed between the World Bank and the Palestinian Authority.

The Fund is central in supporting the Palestinian reform and development plan and it supports strengthening the PA’s capacity to sustain a number of significant reforms introduced to date and to bolster further progress.

Japan has been supporting financially and technically the economic development efforts exerted by key ministries, to help prepare the PA for statehood in line with the PA’s national development plans.

It has also provided assistance through UNRWA and other United Nations agencies including humanitarian assistance, as well as to local NGOs and local councils for their grassroots development projects.