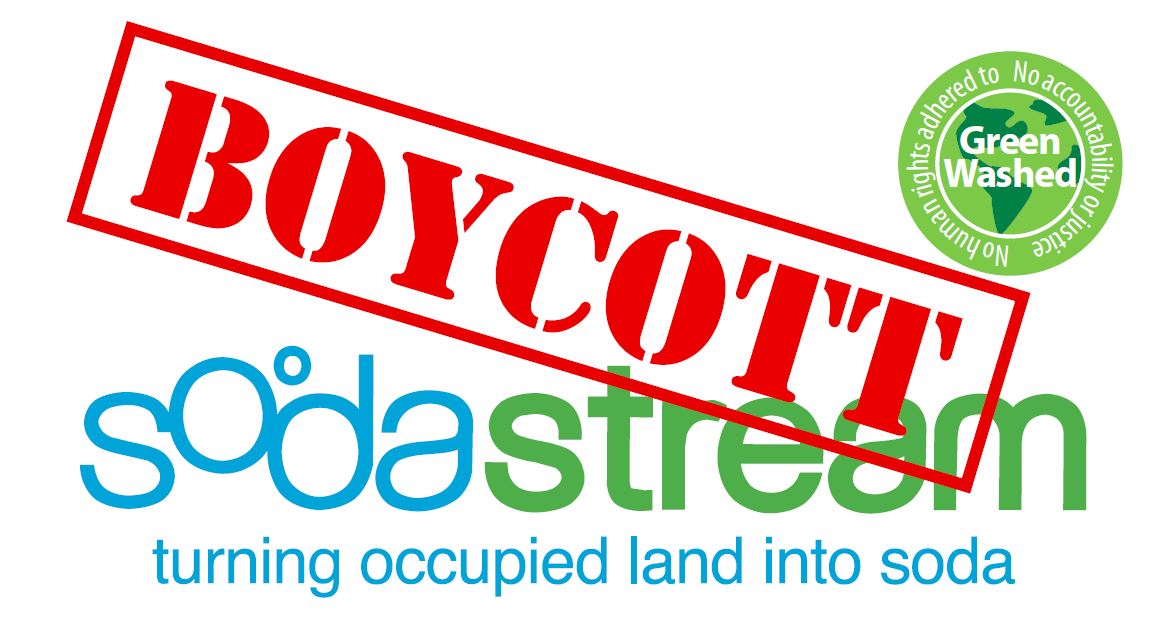 An Israeli manufacturer based in an illegal West Bank settlement has changed its product labeling due to complaints from human rights activists. The Israeli SodaStream corporation, maker of home beverage carbonation systems, recently changed the labels on its products to say “Made in the West Bank.” SodaStream made the change following a complaint to the Oregon Department of Justice by a group of Oregon human rights activists who accused the company of violating Oregon’s Fair Trade Practices Act by labeling its products as “Made in Israel,” when in fact its principal production facility is located in the illegal settlement of Ma’ale Adumim in the occupied Palestinian West Bank.

Oregon’s Fair Trade Practices Act is a consumer protection law that makes false representations and false advertising of a consumer product illegal. The Act also holds retail stores responsible if they knowingly sell a product that is “misrepresented.”

“This appears to be the first time that an Israeli settlement manufacturer has corrected its labels for products sold in the United States,” said activist Rod Such of the PDX Boycott Occupation Soda! Coalition based in Portland, Oregon. ‘Many people of conscience refuse to purchase products made in Israel’s illegal settlements on occupied Palestinian land in the West Bank, but in the case of SodaStream they were deceived by false labeling that claimed the products were produced within Israel’s internationally recognized borders.”

The complaint to the Oregon Department of Justice was filed in May 2014. It was prepared by two coalitions of religious, social justice, and human rights advocates–the PDX Boycott Occupation Soda! Coalition and the Mid-Valley BDS coalition of Oregon’s Willamette River Valley.

The Department’s enforcement officer for the Fair Trade Practices Act forwarded the complaint to SodaStream’s corporate office in the United States. SodaStream’s legal counsel in Israel replied by saying that the labels would be changed to Made in the West Bank ‘effective immediately.’ The new labels have now begun appearing on SodaStream boxes in Oregon retail outlets.

The local groups calling for the change hailed the new labels as a victory for the Boycott, Divestment and Sanctions (BDS) movement (www.sodastreamboycott.org) , a nonviolent strategy aimed at pressuring Israel to end its occupation of Palestinian land, grant equal rights and protections to Palestinian citizens of Israel, and allow Palestinian refugees the right to return to homes and lands they were expelled from during Israel’s creation in 1948 and up through the present day.

“Many people believe that all products from Israel should be boycotted because the entire Israeli economy is enmeshed in the occupation and profits from it,” Such added. “But for those who only believe in boycotting settlement products, this label change will help them identify the settlement-based companies.”

An attorney for the two coalitions has also filed an official complaint with the U.S. Customs & Border Control Agency, on the grounds that the false labeling also violates U.S. Customs regulations. That complaint, filed in November 2014, is presently under investigation.