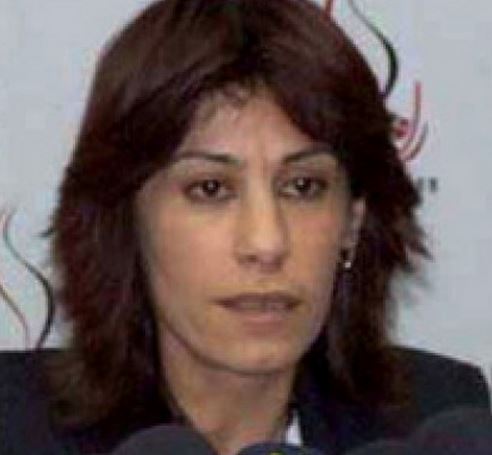 An Israeli military court held a hearing, Sunday, to discuss the file of detained leftist Legislator Khaleda Jarrar, and sentenced her to six months under arbitrary Administrative Detention orders, without charges.Jarrar, an elected legislator, and a senior political leader of the Popular Front for the Liberation of Palestine (PFLP) will attend another court hearing on April 8 to officially instate the ruling, especially since the army might be thinking about asking for an additional sentence, or a longer detention period.

The army kidnapped Jarrar, a leading intellectual, and a feminist figure, on Thursday at dawn, April 2.

The Legislator is also the head of the Prisoners’ Committee of the Palestinian Legislator Council (PLC).

The Palestinian Prisoner Solidarity Network has reported that Israel has been denying Jarrar the right to travel outside of Palestine since 1988, and that, in 2010, it took a public campaign lasting for six months before the Israeli Authorities allowed her to travel to Jordan for medical treatment.

On August 20 2014, Jarrar received an Israeli military order instructing her to leave Ramallah to Jericho, within 24 hours http://www.imemc.org/article/68898, but in September of the same year, the legislator managed to overturn the order.