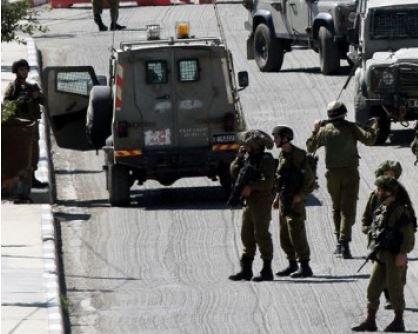 It added that the soldiers confiscated 20.000 New Israeli Shekels from Ragheb’s home, in addition to confiscating mobile phones from Yassin’s home.

Soldiers also kidnapped Mohammad Rajab Yassin, 31, from his home in ‘Aneen nearby village, after invading his home, and violently searching it.

One Palestinian, identified as Mwaffaq Rajab Shafe’ Yassin, was injured after the soldiers attacked and beat him.

In addition, several army jeeps invaded ‘Azzoun nearby town, and kidnapped one Palestinian, identified as Tha’er Sufian ar-Reyashi, 20, after searching and ransacking his home.