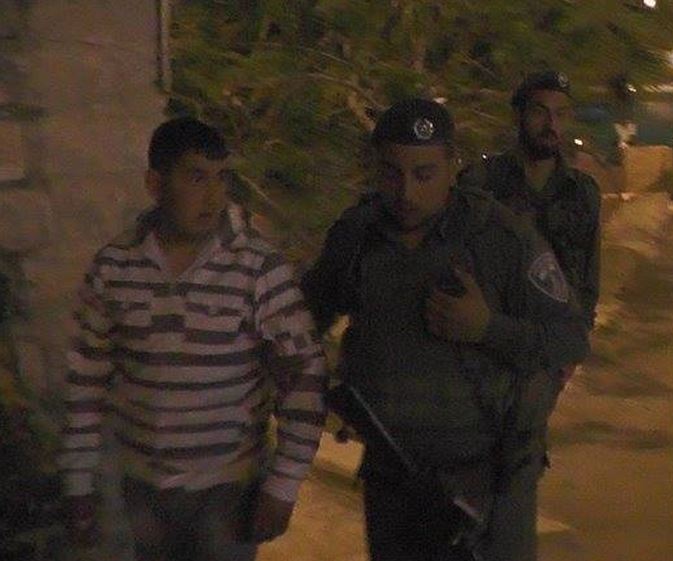 Israeli soldiers attacked, and injured, a Palestinian man on Monday evening, in Yatta town near the southern West Bank city of Hebron, and kidnapped a child in the Hebron’s Old City.Media sources said the soldiers assaulted Mohammad Qatouf, in his forties, from Yatta town south of Hebron, and continuously beat him causing various cuts and bruises.
Local medics moved the wounded man to the Hebron Governmental Hospital for treatment.

The soldiers were heavily deployed around Yatta, and installed roadblocks in the area, in addition to installing roadblocks in different parts of the Hebron district.

In addition, soldiers kidnapped a Palestinian child in the Old City of Hebron, while dozens of Israeli extremist stormed it, heading to the Ibrahimi Mosque.

Eyewitnesses said the soldiers kidnapped Mahmoud Nour al-Ja’bary, 13 years of age, after assaulting him near the Ibrahimi Mosque, and beat him before moving him to an unknown destination.

The soldiers also stopped and searched dozens of Palestinians, investigated their ID cards, and refused to allow him into, or even near, the Ibrahimi Mosque.