Former Detainee In Coma; Abbas Orders His Transfer To A Hospital In Germany 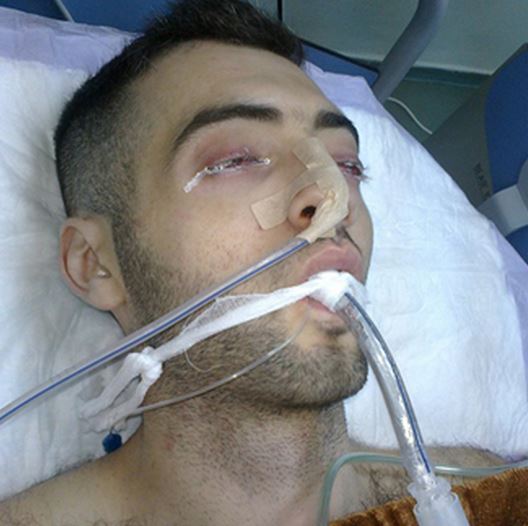 Palestinian President Mahmoud Abbas ordered the transfer of a former political prisoner to a hospital in Germany due to serious complications resulting from medical maltreatment while detained in Eshil Israeli Prison.Head of the Palestinian Detainees’ Committee ‘Issa Qaraqe said Ja’far ‘Awad, 24, from Beit Ummar town near Hebron, fell into a coma, and his health condition is seriously deteriorating, especially since Israel denied him the right to professional medical treatment while holding him captive.

The Palestinian official stated that ‘Awad’s health deterioration started after he was accidentally given insulin injections while in Ehil Israeli prison in Be’er as-Sabe’ (Beersheba) causing various serious health complications.

‘Awad was released from prison three months ago due to his serious health condition, after he suffered from pneumonia, and was moved to the Augusta Victoria Hospital in Jerusalem, before being later moved to the al-Ahli hospital, in Hebron.

On Wednesday morning, ‘Awad, who was imprisoned for 14 months, was moved to the Intensive Care Unit in the al-Mezan Hospital, in Hebron.

Prior to his coma, he became unable to speak, suffered a deteriorating vision, excessive neck swelling, constant headache, and several other health issues.

Qaraqe’ said President Abbas ordered the Minister of Health Dr. Jawad ‘Awwad to closely follow the treatment of the detainee in a hospital in Germany.

The official added that ‘Awad is one of the victims of Israel’s ongoing illegal policy of denying detainees the right to professional medical treatment, and held Israel responsible for his life.

The army kidnapped the former political prisoner on November 1, 2013; he was previously imprisoned by Israel for three years.