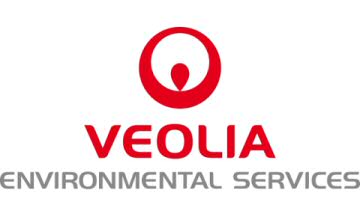 Palestinian civil society activists have heralded the decision by French corporate giant Veolia to sell off nearly all of its business activity in Israel as a huge victory for the global Boycott, Divestment and Sanctions (BDS) movement. The sale follows a worldwide campaign against the company’s role in illegal Israeli settlements that cost the firm billions of dollars of lost contracts.The boycott Veolia campaign was launched in Bilbao, the Basque Country, in November 2008, to pressure the company to end its involvement in illegal Israeli projects that serve settlements in the occupied Palestinian territory (OPT).

Under BDS pressure, Veolia has failed to win massive contracts with local authorities across Europe, the US and Kuwait. City councils across Europe have passed resolutions excluding the firm from tenders due to its involvement in Israeli human rights violations.

Veolia executives have admitted that the campaign has cost the company “important contracts”, and financial analysts have repeatedly spoken
about the financial cost of the campaign to Veolia.

Veolia has now reported that the sale of its water, waste and energy contracts to Oaktree Capital, a Los Angles based investment firm, has been completed, leaving its stake in the illegal Jerusalem Light Rail as its only business interest in Israel.

“Grassroots BDS activism across the world made it very difficult for Veolia to win public contracts in some parts of Europe, the US and the Middle East, leaving the company no choice but to significantly scale back its involvement in illegal Israeli projects.”

“The BDS movement is showing that there is a price to pay for participating in Israel’s colonisation of Palestinian land. One of Europe’s biggest companies has been forced to sell its businesses in Israel that violate international law.”

Around 10 authorities in Ireland and the UK introduced official policy barring Veolia from public contracts. Councils in at least 25 cities including
London, Stockholm and Boston opted not to award or renew contracts with Veolia following public campaigns that were backed by local community
leaders, churches, trade unions and mainstream political parties.

Many investors including the Dutch ASN Bank and the Quaker Friends Fiduciary Corporation have divested from Veolia over its role in Israeli settlements, while other major banks and the Swedish AP pension fund have issued public statements condemning Veolia’s role in the settlements. Several “socially responsible investment” information providers have told campaigners they have listed the firm as having serious human rights concerns.

Veolia continues to remain involved in the illegal Jerusalem Light Rail that links Israeli colonies to west Jerusalem through its holdings in Veolia Transdev, but has announced its intention to sell its holding in the railway.

In 2014, Veolia stated in letters to BDS organizers that it had also “terminated its involvement in the Tovlan landfill … over three years ago.” Tovlan processes waste from Israel and its illegal settlements in the OPT. This claim was proven to be false, however, by official records obtained
from the Israeli Ministry of Environmental Protection in September 2013, which show beyond doubt that the operator of the illegal Tovlan landfill at the time was still Veolia’s subsidiary, T.M.M. Integrated Recycling Services.

Ownership of the Tovlan site and wastewater treatment contracts for illegal Israeli settlements is now expected to transfer to Oaktree.

“By buying up these businesses, Oaktree has become an active accomplice in Israel’s ongoing violations of international law,” Nawajaa added.

Mainly due to boycott pressure on it in the US and Europe, and particularly the campaign’s focus on its “apartheid bus operations,’ which served Israel’s illegal settlements, Veolia had sold its entire bus operations in Israel in 2013.

Nawajaa explained that the campaign against Veolia would continue because the firm remains a shareholder in the illegal Jerusalem Light Rail project.

“The sole purpose of the Jerusalem Light Rail is to increase the appeal and facilitate the expansion of illegal Israeli settlements through the theft of Palestinian land. We will continue to boycott Veolia until it ends its participation in the Light Rail project and pays reparations to those Palestinian communities impacted by its support for Israel’s colonization of Palestinian land.

International corporations cannot simply profit from Israel’s war crimes and then leave when the going gets tough, without being held accountable,” Nawajaa added.

“We warmly thank the impressive number of principled activists and civil society organizations around the world whose dedicated and strategic efforts have made the campaign against Veolia such a success,” Nawajaa concluded.