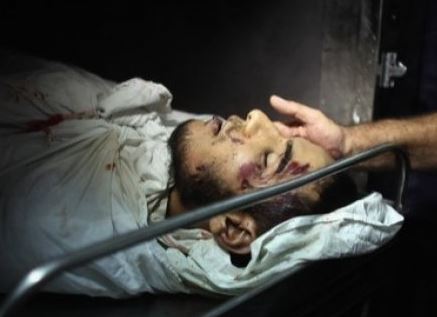 Palestinian medical sources have reported, Tuesday, that a fighter of the Al-Qassam Brigades, the armed wing of Hamas, died of serious complications resulting from his injury by an Israeli missile during the Israeli onslaught on Gaza eight months ago. Dr. Ashraf Al-Qedra, spokesperson of the Ministry of Health in Gaza, said ‘Oleywa Nidal ‘Oleywa, 22 years of age, suffered various wounds, including a serious head injury, and remained in a critical condition since then.

Al-Qedra added that the body of the slain Palestinian was sent to the Shifa Hospital in Gaza City.

Thousands of Palestinians attended the funeral ceremony and procession starting in a local mosque in the Zeitoun neighborhood, east of Gaza City.