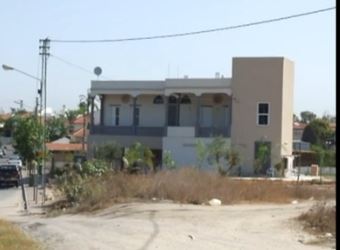 As part of the Israeli “Absentee Property Law,’ The Israeli Supreme Court approved, Thursday, a law allowing the Israeli government to confiscate Palestinian property in occupied East Jerusalem if the owners resides in the West Bank, or the Gaza Strip.Israel first passed the “Absentee Property Law” in 1950, just two years after its establishment in the historic land of Palestine, following the massive displacement of Palestinians from hundreds of villages and towns.

Under the law, “abandoned property” left by the Palestinians following the 1948 war, who then moved to “enemy states” or “enemy territory” will be confiscated and become at the disposal of the government after the owners are declared “absent” or “missing.’

The law was then applied to East Jerusalem following the 1967 war; to include Palestinians who are “not missing” or “absent,’ but are living in the occupied West Bank and Israel illegally confiscated their homes in Jerusalem.

Israeli daily Haaretz said the an expanded seven-justice panel, headed by former Supreme Court President Asher Grunis, and its current head Miriam Naor, warned that applying this law to East Jerusalem presents several problems; therefore, the law must be used in what was described as “rarest of rare cases.”

The reason why this law is to be applied in “rarest of cases” is because many Jewish settlers who live in the occupied West Bank own property in Israel, therefore, a legal case could be made to demand confiscating their property as well.

According to the Haaretz report, Grunis said that the law could be interpreted in a way that could cause an Israeli who owns property in Tel Aviv, but lives in Ariel or Bet El settlement blocs could lose their property to the custodian.

It also quoted Grunis stating, “The absurdity of the working of this law, a soldier sent by the government to serve in the (occupied) territories, or an enemy county, could have his property declared as “absentee property.”

However, the law targets Palestinians who, for numerous reasons, including Israel’s Annexation Wall and illegal policies, were forced to live in the occupied territories, and those displaced during Israel’s establishment in the historic land of Palestine.

Israeli also repeatedly resorts to revoking ID cards of Jerusalemite Palestinians, including those born in the occupied city, for living outside the Jerusalem city boundaries.

It is worth mentioning that the way Israel built the Annexation Wall in different areas of East Jerusalem placed dozens of families, who have Jerusalem ID cards, on the Israeli-occupied, Palestinian side of the wall.

Member of the Executive Committee of the Palestine Liberation Organization (PLO), and the head of the Jerusalem Affairs Committee, Ahmad Qurei, said this law aims at eliminating the Palestinian rights in occupied Jerusalem, in order to replace them with Jewish settlers.

He added that law was racist, and part of the hostile Israeli policies against the Palestinians in occupied Jerusalem, including the ongoing construction and expansion of colonies in direct violation of International Law.

Qurei also said that applying the “Absentee Property Law” on residents of occupied Jerusalem is theft of Palestinian property in the occupied city.