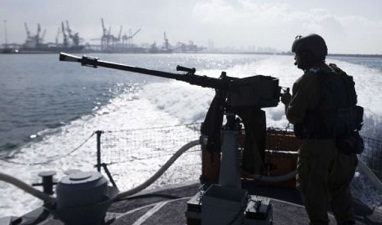 Israeli Navy ships opened fire, on Saturday morning, on a number of Palestinian fishing boats in Gaza territorial waters, causing damage but no injuries.Eyewitnesses said the navy fired dozens of rounds of live ammunition on the boats and near them, causing excessive damage to a number of boats.

They added that the boats were close to the shore, within the six nautical miles allotted for the Palestinians to use.

There have been dozens of similar Israeli attacks, and violations, against the fishers in Gaza waters, and even while on shore, an issue that caused several casualties, including fatalities, and dozens of arrests, in addition to property damage.

On Saturday, March 7, a fisher died in the Shifa Medical Center, in Gaza, of serious wounds suffered a few hours earlier. http://www.imemc.org/article/70831

On March 8, a fisher was shot and injured in Palestinian waters in northern Gaza. http://www.imemc.org/article/71179