One Palestinian Kidnapped In Jerusalem 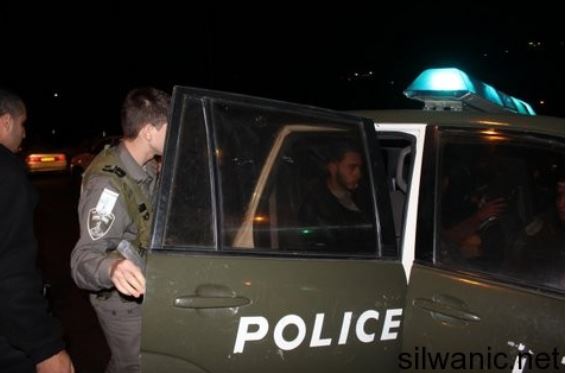 Israeli soldiers invaded, late on Saturday at night, a number of Palestinian towns and communities in occupied East Jerusalem, searched homes and kidnapped one Palestinian. The soldiers also occupied rooftops.The Palestine TV said dozens of soldiers invaded the al-Isawiyya town, broke into many homes, including the Shreiteh family home, looking for their son, but he was not home during the attack.

Soldiers also invaded Kafr ‘Aqab and Samir Amis neighborhoods, and kidnapped a young Palestinian man after repeatedly beating and kicking him, and took him to an interrogation facility in Jerusalem.

The invasion led to clashes between the soldiers and local youths who hurled stones and empty bottles on them, while the army fired rounds of live ammunition in addition to rubber-coated metal bullets, and gas bombs.

In related news, soldiers and police officers invaded Wad al-Jouz neighborhood, in Jerusalem, and ordered two Palestinian families to leave their homes, and remove their belongings, in preparation to demolish them under the pretext of being built without construction permits.

On Sunday at dawn, soldiers kidnapped seven Palestinians in the occupied West Bank, including five in Bethlehem, and a child in Hebron. http://www.imemc.org/article/71280