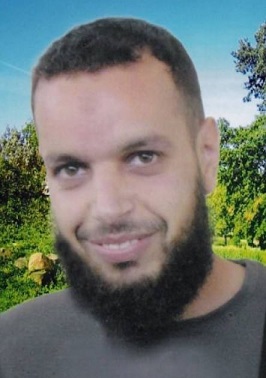 The Palestinian Detainees Committee stated that a political prisoner, held by Israel, is facing a serious health condition due to severe complications resulting from his colon cancer and the lack of specialized medical treatment.The Committee said the detainee, Eyas Abdul-Rahman ar-Refa’ey, 31, is facing a life-threatening condition with serious concerns that he could die at any given moment.

It added that ar-Refa’ey, from kafr ‘Ein near the central West Bank city of Ramallah, is held in the Eshil Israeli prison, and has been frequently moved to the Ramla prison clinic.

The detainee was moved to the Soroka Israeli Medical Center, last week, where he was officially diagnosed with advanced colon cancer, in addition to a number of health complications.

The doctors said he requires immediate surgery, and extensive treatment, especially since he contracted several acute infections in his intestines.

The Committee said ar-Refa’ey lost 25 kilograms of his weight, and requires professional medical treatment, instead of the painkilling pills he is receiving.

It added that one of its lawyers filed an urgent appeal to an Israeli court to order ar-Refa’ey’s immediate release due to the seriousness of his condition, so that specialized physicians can provide the proper and urgently needed treatment.

The detainee is serving an 11-year term, and is supposed to be release in nearly two and a half years.

More than 1,500 detainees suffer from various diseases and health issues, largely resulting from the lack of medical attention, contaminated cells and rooms, torture and abuse, while 16 of them are contently living in the Ramla Prison Clinic, suffering from paralysis and other disease, while many require surgeries, with outside doctors not allowed to even examine them, much less treat their afflictions.

Many detainees develop psychological conditions due to ill treatment, extremely difficult living conditions, malnutrition, humid and dirty cells, in addition to being placed in overcrowded rooms.

Several detainees were kidnapped after being shot by Israeli soldiers, and were tortured, including by way of beatings on preexisting wounds during interrogation, in an attempt to extract information and confessions.