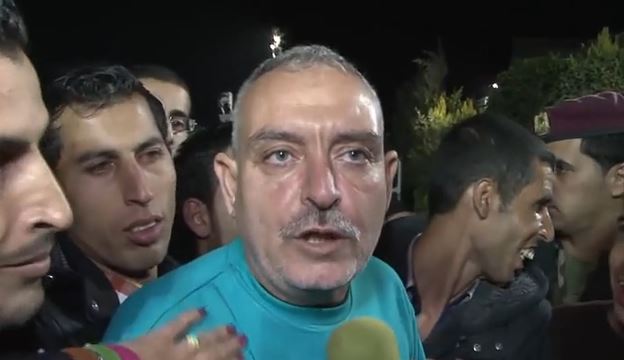 Palestinian security sources in the northern West Bank city of Nablus have reported, Sunday, that unknown assailants burned sections of the home of a former political prisoner, a Palestinian National Security officer.The sources said a number of masked persons broke into, and torched, the home Hazza’ as-Sa’dy, in the Sa’diyya neighborhood, in the northern West Bank city of Jenin; the home was empty when the attack took place.

Palestinian firefighters and rescue teams rushed to the scene and contained the fire; the police and security services opened an official investigation into the attack.

It is worth mentioning that as-Sa’dy spent 28 years in different Israeli prisons, detention and interrogation centers; his family is from the Jenin refugee camp.

The former detainee was one of the detainees who were released by Israel two years ago as part of the US-mediated efforts “to resume direct political talks” between Tel Aviv and Ramallah.

On December 31 2013, Israel released 26 veteran Palestinian detainees, as part of the third phase of freeing all detainees who have been held since before the first Oslo peace agreement of 1993.

Tel Aviv then refused to release the fourth and final phase that would have ensured the release of all veteran detainees. http://www.imemc.org/article/66654

The Detainees In Numbers:
– 6,500 Palestinians still imprisoned by Israel, among them are;
1. 480 detainees sentenced to at least one life term.
2. 200 children.
3. 24 women, including four children.
4. 14 legislators and one government minister.
5. 30 detainees held before the Oslo Accord of 1993.
6. 16 detainees who have been imprisoned for more than 25 years, including Karim Younis and Maher Younis, who were kidnapped 33 years ago.
7. 85 former detainees, who were released under the Shalit Prisoner Swap Agreement, and were kidnapped again, afterwards; most of them served at least 20 years before the Shalit deal.

More on the issue: Prisoners Day Report on Palestinian Detainees, Their Sufferings and Their Plight
http://www.imemc.org/article/71255