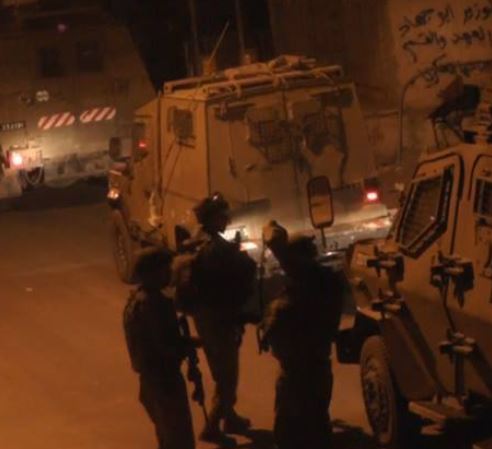 Israeli soldiers invaded, on Tuesday at dawn, an area near the Balata refugee camp, east of the northern West Bank city of Nablus, and clashed with local youths wounding one.The clashes took place after soldiers, and settlers, invaded the Joseph Tomb area in the city.

Medical sources said a young man was shot in one of his legs, and was moved to a hospital in Nablus, suffering a moderate injury.

Eyewitnesses said dozens of soldiers initially invaded Nablus, and were followed later by seven buses, filled with settlers, in addition to more than 40 armored military vehicles.

They added that clashes took place in Amman Street area, in addition to the Industrial Area and close to the Balata refugee camp; the soldiers fired rounds of live ammunition, gas bombs and concussion grenades.