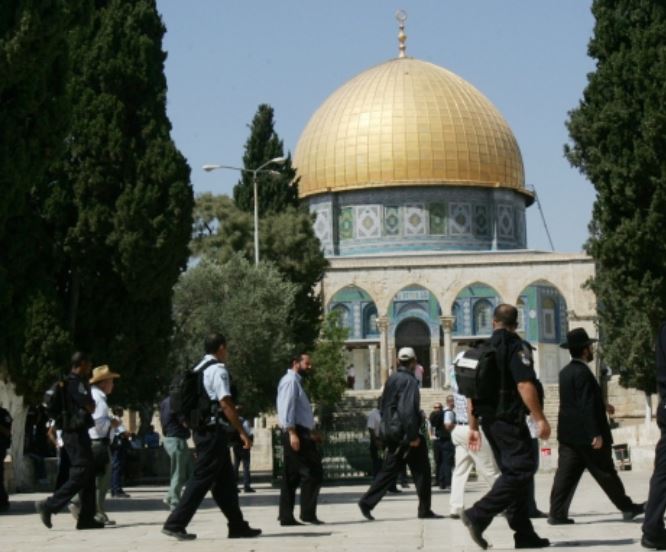 The Israeli Authorities decided, Tuesday, to deny access to the Al-Aqsa Mosque in occupied East Jerusalem, to two elderly men for 30 days, and a mosque guard for ten days. The mosque guard, Hamza Khalaf, 24 years of age, was interrogated, Monday, in a police station in the Hebron Gate area, in Jerusalem’s Old City.

He was released a few hours later, and received the order Tuesday.

On Monday, two Palestinian elders, identified as Taha Shawahna, 69, from Sakhnin, and Kheir ash-Shamy, 59, from the al-Makr village, received orders denying them access to the mosque for 30 days.

Israeli recently issued dozens of orders denying men and women, in addition to several guards of the Al-Aqsa, from entering the mosque compound for different periods.