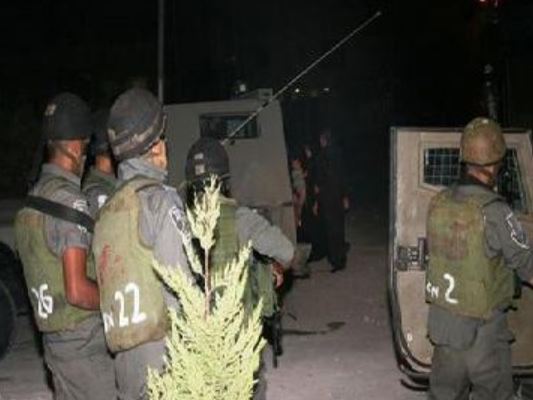 Several Israeli military vehicles invaded, on Tuesday at dawn, the village of Zabbouba, near the northern West Bank city of Jenin, and conducted military training close to the al-Jalama military base, northeast of Jenin.Palestinian security sources said the soldiers invaded four homes and violently searched them while interrogating the families.

The invaded homes are close to the Salem military base; the soldiers fired flares and several sound bombs during the invasion.

The army frequently conducts live-fire training in different parts of the occupied West Bank, and sometimes in Palestinian communities and villages, in direct violation of International Law.