Soldiers Kidnap Three Palestinians In Hebron, One In Bethlehem 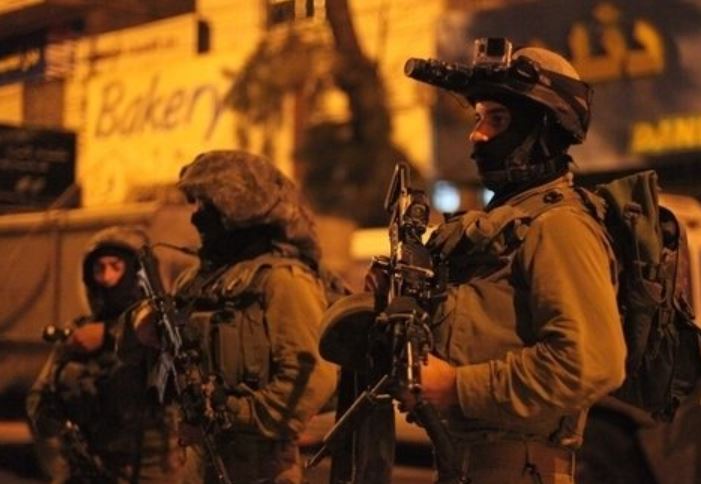 Israeli soldiers invaded, on Tuesday at dawn, a number of villages and towns, in the southern West Bank district of Hebron, and the city itself, searched homes, and kidnapped three Palestinians in addition to handing three others military orders for interrogation. Soldiers also kidnapped one Palestinian in Bethlehem.The Palestinian News & Info Agency (WAFA) said the soldiers invaded Tarqoumia town, and kidnapped ‘Ali ‘Awwad Fatafta, and a student of the Polytechnic University, identified as Saeb Mahmoud Ahmad.

The soldiers closed the area, and prevented the Palestinians from entering or leaving it.

In addition, media spokesperson of the Popular Committee Against the Wall and Settlements in Beit Ummar town, north of Hebron, Mohammad ‘Awad, said the soldiers invaded the town, and broke into the home of Abdul-Fattah Jamil Jawabra, 56, after smashing the front door.

The soldiers violently searched the property, and handed his sons Taqi-Eddin, 25, and Ahmad, 18, military orders for interrogation in the Etzion base.

Furthermore, the army invaded the home of Ramzi Sa’id ‘Awad, also after smashing the front door of the property, and searched it.

One Palestinian, identified as Khamis Abdul-Rahman al-‘Ajlouni, from Hebron, was kidnapped on the Container Roadblock, east of occupied East Jerusalem.

In Bethlehem, soldiers invaded Wadi Fukin village, west of the city, and kidnapped one Palestinian, identified as Ahmad Mohammad Manasra, 23 years of age, after breaking into his home and searching it.

Israeli soldiers conduct daily invasions, and arrests, into different parts of the occupied West Bank, as part of daily violations against the Palestinians in the occupied territories.