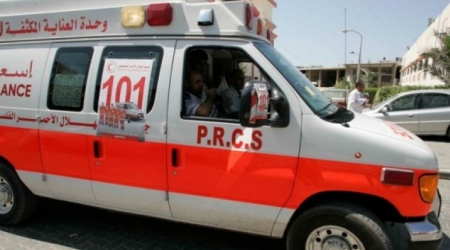 An Israeli settler ran over four Palestinian pedestrians in the occupied West Bank, Tuesday evening, according to witnesses.Days of Palestine has reported that the settler approached the four pedestrians while they were walking by the side of the road near the entrance to Nabi Elias village, east of Qalqilia.

The driver continued traveling east on Road 55 toward the village of Azun, leaving the injured to bleed, until they were evacuated by Red Crescent ambulances to Darwish Nazzal hospital.

The four wounded are two brothers and their wives.
One of them is reported to be suffering severe wounds, while another is suffering moderate conditions and the other two have light injuries.

Such incidents occur repeatedly, often involving small children, and they are encouraged because the perpetrators go unpunished after each assault, even if the Palestinians die.