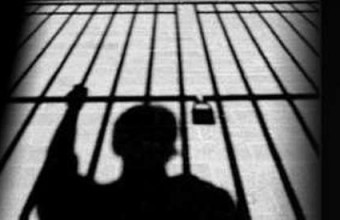 Israeli authorities, Tuesday, issued administrative detention orders against 41 Palestinian prisoners, including 26 Palestinians from Hebron district, according to the Palestine Prisoners’ Society (PPS).The detainees were sentenced for a period ranging between two months and six months, with twelve of the detainees receiving detention orders without charge or trial for the first time, whereas the remaining 29 detainees had their administrative detention sentence renewed for the second or third time.

Administrative detention is the imprisonment of Palestinians without charge or trial and on the basis of secret evidence for up to six month periods, indefinitely renewable by Israeli military courts.

Jarrar is not the only lawmaker to be imprisoned; 18 of the Palestinian Legislative Council members are currently held in Israeli detention without charge or trial.

Palestinian detainees have continuously resorted to open-ended < ahref='http://www.imemc.org/newswire?search_text=hunger+strike&button=Search+%3E%3E' target='_blak'>hunger strikes as a way to protest their illegal administrative detention and to demand an end to this policy which violates international law.

See also: 04/16/15 Prisoners Day Report on Palestinian Detainees, Their Sufferings and Their Plight