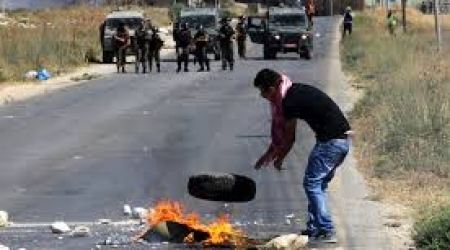 Palestinians in the pre-1948 occupied territories staged a mass strike in protest of the policy of house demolitions. The strikers also prepare for a mass rally intended towards Tel Aviv, this afternoon, Al Ray Palestinian Media Agency reports.

The strike comes as a response of the High Follow-up of the Arab mass committee decision, which decided to launch several protest events against escalating the homes demolition, most notably the mass strike.

Committee member Mohammad Zidan called on all Palestinians in the Pre-1948 areas to participate in the protest; he expects the participation of thousands in this event.

‘The demo bears a number of letters for the Israeli institution, headed by Prime Minister Benjamin Netanyahu, most importantly, that these masses will not idly stand in front of houses demolition policy,’ Zidan explained, adding: ‘The Israeli governments lead a racist policy against the Palestinian people; they besiege them from one hand, and demolish their homes at the other, under false pretenses and under the pretext of unauthorized demolition, in addition to preventing of Palestinian town expansion and issuing racist laws against that.’

Al Ray notes that the Israeli accumulated policies, siege and strangulation of Palestinian livelihood could possibly lead to a near explosion of mass outrage on the home front.

The demonstration is scheduled to be launched at 5:00 PM.