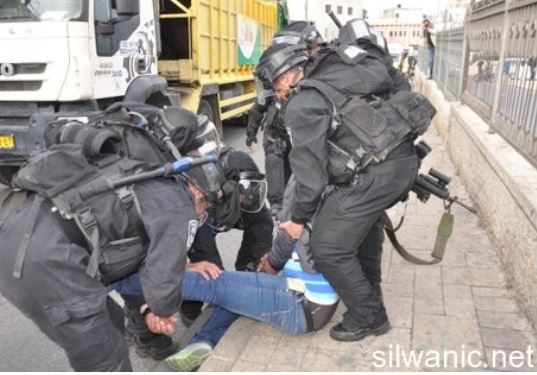 The kidnapped have been identified as Mofid Sharabati; the soldiers violently searched his home, and several nearby homes, causing property damage.

The soldiers also invaded a stone factory, south of Jenin, and detained several young men; the property belongs to resident Mohammad Khaled Kamil and is located near the Jannat Park.

Army also installed a roadblock in the area, stopped and searched dozens of cars, and interrogated several Palestinians while inspecting their ID cards.