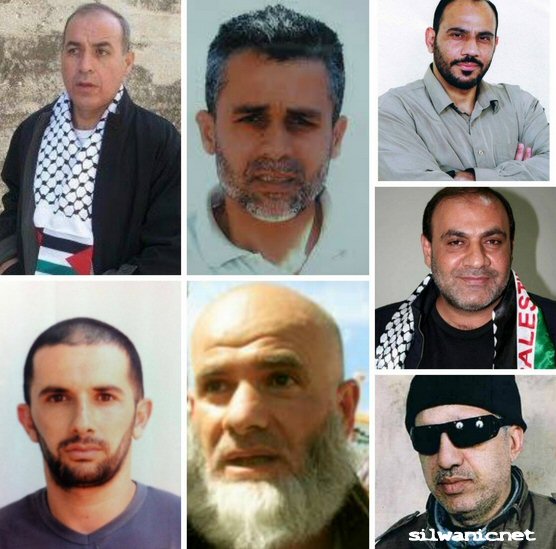 A session was held this past Tuesday, by the Israeli Supreme Court, to discuss the appeal submitted by seven detainees who were freed among the “Shalit” swap deal and who were kidnapped last year, after the disappearance of three settlers from Hebron.The Wadi Hilweh Information Center in Silwan reports that the prisoners and their families asked the media and international organizations to attend the court session and discuss their case.

The kidnapped prisoners wrote a letter stating: “The occupation forces rearrested us in June 2014 as revenge to the kidnapping of three Israeli settlers in the area of Hebron. They did not provide any legal justifications or an evidence to convict us.

‘The prosecution also refuses to reveal the confidential files that they claim to have and the Israeli committee of ‘freed prisoner’ decided to impose life sentences on us, and identified the life sentence as 40 years in prison, minus what we have already served in the past.”

The prisoners pointed out that some of them were married immediately after being released in 2011 and some had newborn kids that they haven’t seen yet; note that most of the prisoners had already spent more than 20 years in Israeli prisons.