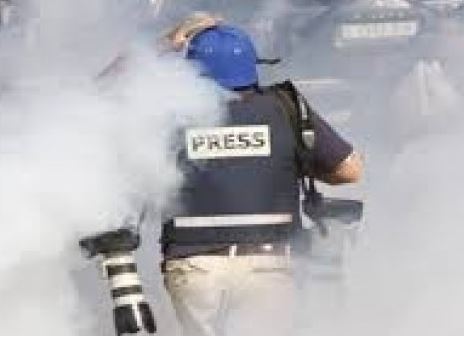 The two wounded journalists have been identified as Abdul-Nasser Najjar, the head of the Palestinian Journalists Syndicate, and its general assembly member Mohammad Lahham. The two were injured in their legs by Israeli concussion grenades.

The syndicate said the soldiers used excessive force against the journalists as they marched towards the northern entrance of Bethlehem, close to military roadblock #300.

Najjar told the Radio Bethlehem 2000 that, by attacking journalists celebrating World Press Freedom Day, Israel is yet again showing the entire world it implements a systematic policy attempting to silence the media that exposes its daily crimes and violations.

“Despite all violations, all crimes, we have the duty and moral responsibility to expose all violations and crimes,” Najjar said, “We will ensure the huge file on Israeli violations reaches all related international and legal organizations.”