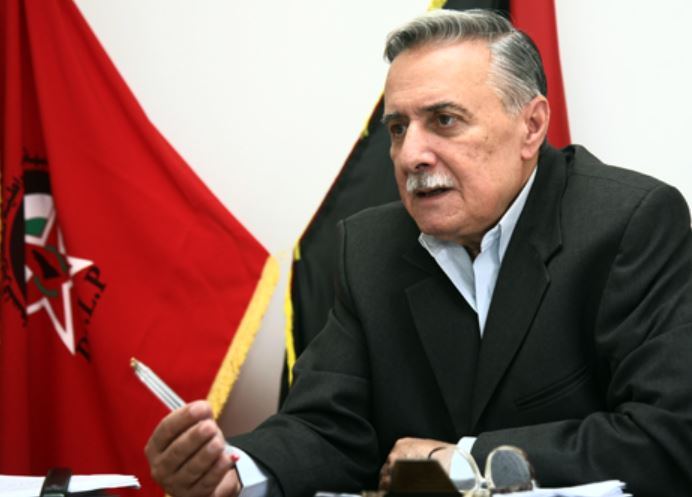 Palestinian Legislator, deputy Secretary-General of the Democratic Front for the Liberation of Palestine (DFLP), Qais Abu Laila, stated that the Israel is using its so-called “Absentee Property Law” as a pretext to rob the Palestinians of their homes and lands, and as part of its ethnic cleansing of the Palestinian people.Abu Laila strongly denounced the illegal confiscated of Palestinian apartments in Maragha neighborhood, in Silwan town south of the Al-Aqsa Mosque, in occupied East Jerusalem.

“This is part of Israel’s illegal policies of land theft, property theft and expulsion of the indigenous Palestinian people,” Abu Laila said, “It is part of Israel’s policy of ethnic cleaning, carried out by the occupation and the illegal colonizers in the occupied city.”

The Palestinian official also stated that Israel’s government has been acting on removing the Palestinians from Jerusalem through its illegal “Absentee Property Law” that enables the government to obtain ownership of property belonging to indigenous Palestinians living in exile due to illegal Israeli practices, and racist policies.

“These are racist polices by an apartheid regime that wants to empty the city from its indigenous inhabitants,” Abu Laila said, “They are imposing high taxes and fines, and are revoking Jerusalem ID’s of the Palestinians under different false pretenses and policies.”

He also stated that Tel Aviv is waging an open war on the Palestinians in Jerusalem, attacking them, occupying their homes to replace them with illegal colonizers, and demolishing their homes in order to change the entire demography of the holy city.

“Every Palestinian, every Palestinian property is a target of this ethnic cleaning in Jerusalem,” Abu Laila said, “Israel wants to create new facts on the ground, to enforce its own apartheid policies, including separating Jerusalem from all surrounding Palestinian towns.”

The official said that, due to Israel’s ongoing crimes, apartheid policies and ethnic cleansing, the International Criminal Court stands as the viable option to end land theft, colonies and crimes, especially since the International Community continues to fail in stopping the Israeli crimes and colonial policies.

He stated that the Palestinians will remain steadfast in their lands, will continue and escalate the popular resistance against the Israeli occupation and its colonies.