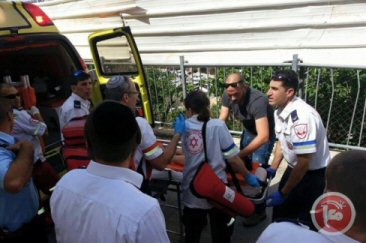 A young Palestinian girl has died, and her family suffered severe smoke inhalation, when a fire spread through their home in occupied East Jerusalem neighborhood of Silwan, Monday.Witnesses said that the fire broke out in Nour Sabri Abu Nab’s house, according to Ma’an News Agency.

Red Star of David crews said that when they arrived they found the child in a critical condition. They said that one 42-year-old family member remained in hospital in a serious condition, while a four-year-old boy and his father, 50, were both in moderate condition.

Muhyi al-Din Elayyan from the Wadi al-Juz fire department said that crews were able to reach the house within minutes of receiving a phone call.

They immediately evacuated the father, mother and one of the children, all of whom were already at the outer door, Elayyan said.

He said that firemen were then informed that a child was still trapped inside the house, and that they entered the house and found the child inside a cabinet.

He said that some of the family members had suffered burns in addition to suffering severe smoke inhalation, adding that three local youths suffered smoke inhalation while they were helping to evacuate the family.
Elayyan said that the cause of the fire remained unknown but that investigations were ongoing.

An Israeli police spokesman told Ma’an that there had been a gas explosion.

Silwan is a densely-populated Palestinian neighborhood south of the Old City of occupied East Jerusalem.