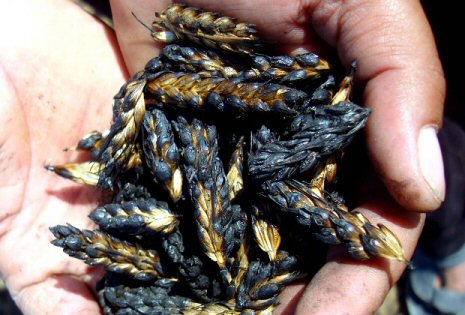 Israeli occupation forces have reportedly opened fire at Palestinian farms in the eastern part of the Gaza Strip, burning a large amount of wheat crops.No casualties were reported, as the farmers fled the region two days ago, after a limited Israeli incursion.
Along the previous two weeks, Palestinian farmers, whose farms lie near the eastern borders of the Gaza Strip, have been reporting Israeli occupation opening fire at them.

Medical sources also reported that several farmers were wounded during the same time.

Farmers in the central area of the Strip told Days of Palestine that Israeli military activities in the area caused the burning of their wheat crops along the eastern borders.

“From Monday morning until Tuesday morning, we have been hearing Israeli occupation forces firing bullets and watching them firing light bombs above our farms near the borders,” Hani Ali said.

“At the same time, we heard sounds of sonic booms and saw fighter jets flying in the skies,” he further stated, adding, “I expect these activities were military drills.”