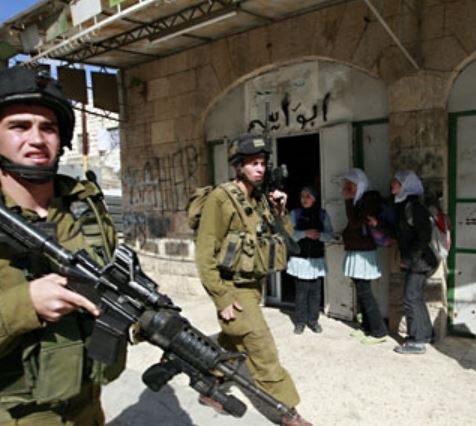 Israeli soldiers invaded, on Wednesday at dawn, several Palestinian communities in the northern West Bank city of Nablus, broke into and searched a number of homes leading to cashes with local youths.Media sources in Nablus said clashes took place near Balata refugee camp, east of Nablus, after dozens of soldiers invade the area, in addition to the Amman Street and the Joseph Tomb area.

The soldiers fired dozens of gas bombs near the main entrance of Balata refugee camp, causing many Palestinians to suffer the effects of teargas inhalation.

The army also invaded Madama village, broke into the homes of Basel, Bajes and No’man Jadallah, and searched them before photographing the properties’ interior and exterior.

The soldiers asked Jadallah to deliver a verbal “warning message” to the headmaster of the nearby local high school, informing him that the army will shoot any student who leaves school during schooldays.

They also said that the army would be repeatedly invading all homes along the settlers bypass road should local youths throw stones on settlers’ cars, and army vehicles.

In related news, several army vehicles invaded the site of the former Dothan military base, near ‘Arraba town, south of Jenin, and started bulldozing the site.