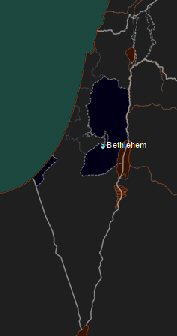 The Israeli army, on Wednesday, handed local residents of Beit Iksaria, south of Bethlehem, a notice ordering them to stop the construction work on three homes, as well to demolish an animal barn, under the pretext of ‘unlicensed building’, according to a local official.The village’s mayor, Mohammad Atallah, told WAFA that an Israeli army force broke into the village, and notified three local residents to stop the construction work on their homes. Another resident was also ordered to demolish his 60-square-meter animal barn, where he raises livestock to provide for his family.

The owner of the animal barn, identified as Mohammad Sa’ad, was given a seven-day period to file a petition against the order in Israeli courts.

To be noted, The Israeli army have recently escalated its targeting of the village; so far around 34 homes received stop construction notices, which Atallah stressed, aims to displace its residents as a prelude to take over the land for settlement purposes. Locals petitioned against the demolition notices, however, they have received any respond.

Beit Iksaria is a small village located in the heart of the illegal settlement bloc of Gush Etzion in southern West Bank. It is located in Area C, under complete Israeli jurisdiction, where issuance of construction permits by the Israeli authorities is strictly limited.

The incident came only a day after the army notified a local resident of Susia, to the south of Hebron, about their intent to demolish his private-owned residential tents.