Detainee Adnan Continues His Strike For The 10th Day 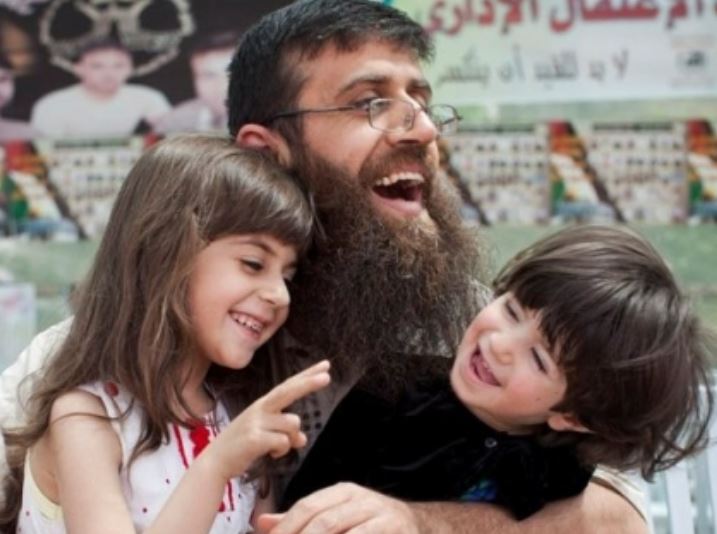 Palestinian political prisoner Khader ‘Adnan, 37 years of age, is ongoing with the hunger strike he started ten days ago, rejecting Israel’s Administrative Detention policies, and demanding his immediate, unconditional, release.In a verbal message through a lawyer, ‘Adnan said he will continue his hunger strike until his unconditional release.
“I have been held, without charges or trial, for ten months,” he said, “I will continue my strike until achieving my legitimate right of freedom.”

He added that he is aware of the dangers of his open-ended hunger strike, but is also determined to continue, and remain steadfast despite all challenges and serious health risks.

‘Adnan also stated he, and all other detainees, who held extended hunger strikes and achieved their freedom, have been rearrested by the Israeli army, and are now placed under the same arbitrary Administrative Detention orders.

“We held the battle of empty bowels, and are willing to go through it again,” he said, “Hunger strike is a legitimate option, a successful choice that boosted out steadfastness and the resilience of the Palestinian people, facing this cruel and illegal occupation.”

Adnan is a member of the Islamic Jihad Movement in Palestine, and a former prisoner and hunger striker.

He was re-arrested by the Israeli authorities on July 8, 2014, two years after he was released from following a 66-day hunger strike against administrative detention, where no formal charges were laid against him.