Palestinian Woman Suffers A Miscarriage After Israeli Fanatics Attacked Her 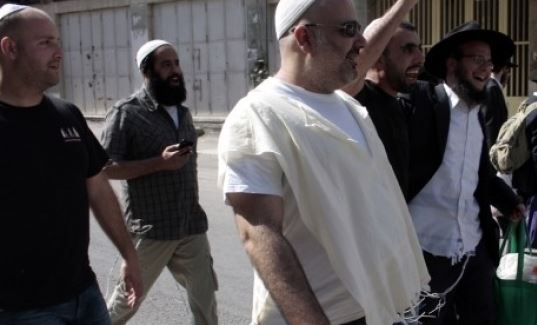 Palestinian medical sources have reported that a woman from the southern West Bank city of Hebron suffered a miscarriage after a number of Israeli fanatics assaulted her, in the center of the city.The sources said Mirvat Sa’ad Abu Romeila, 37 years of age, was moved to the Hebron Governmental Hospital suffering various cuts and bruises, and that she also suffered the miscarriage as a result of being repeated beaten.

The assailants came from the illegal Ramat Yishai outpost, in the center of Hebron city.

The attack took place amidst several assaults carried out by Israeli fanatics during the funeral procession of Moshe Levinger, who died on May 16, 2015.

Levinger was a Zionist Orthodox Rabbi, who became a prominent leader in encouraging Jews to live in illegal Israeli colonies in the occupied West Bank, including East Jerusalem.

He was repeatedly arrested, and imprisoned, by Israel on various criminal charges, starting in 1975.

Shakaa lost both of his legs in the bombing, while Khalaf lost one of his legs.