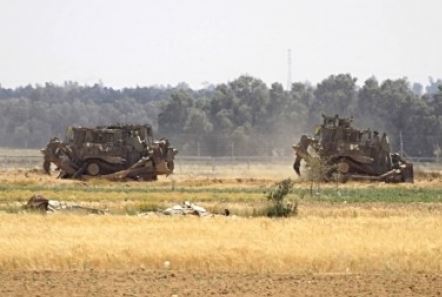 Several Israeli military vehicles, and four armored bulldozers, carried out on Wednesday morning a limited invasion into an area, east of Deir al-Balah in central Gaza.Media sources said armored vehicles and bulldozers advanced from the Kissufim military base, across the border fence, while Israeli drones flew overhead.

In related news, medical sources said two children were injured, on Wednesday at dawn, in an explosion that took place near the Al-Andalus towers.

Rescue teams rushed to the scene, while the police initiated an investigation into the incident.