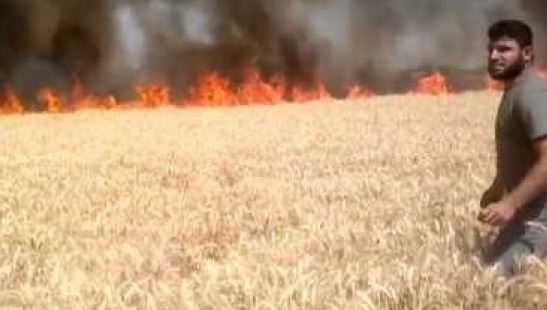 Israeli soldiers fired, on Thursday evening, a number of firebombs into Palestinian farmlands, planted with wheat, east of Jabalia, in the northern part of the Gaza Strip.The Civil Defense office in Jabalia said the fire consumed around a Dunam (0.247 Acres) before firefighters managed to contain it.

It added that this Israeli violation was the fourth in 24 hours, targeting the eastern area of northern Gaza, especially around the Shuhada Graveyard, east of Jabalia.

On Wednesday morning, several Israeli military vehicles, and four armored bulldozers, carried out on a limited invasion into an area, east of Deir al-Balah in central Gaza. http://www.imemc.org/article/71652