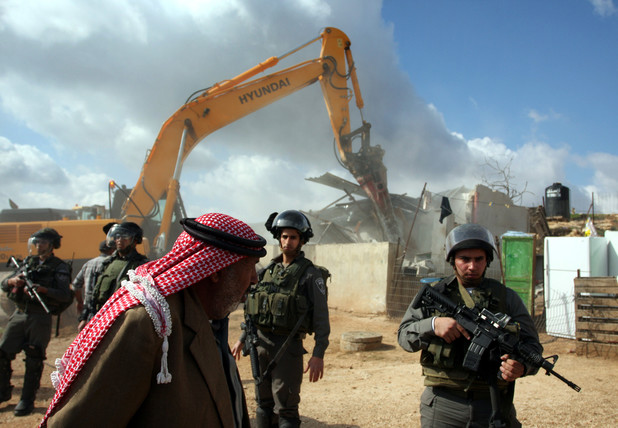 Prime Minister Rami Hamdallah of the Palestinian Authority pledged $50,000 to the Bedouin community of Abu Nuwwar east of Jerusalem that is currently being displaced by Israeli forces.According to Ma’an, Hamdallah made the pledge on Sunday during a visit to the community accompanied by the EU envoy to the Palestinian Territories John Gatt-Rutter, and UN Humanitarian Coordinator James W. Rawley, as well as four government ministers.

The pledge comes two weeks after Palestinian families were told they have to evacuate in order for the illegal Israeli settlement of Ma’ale Adumim to be expanded.

Abu Nuwwar is one of many Bedouin communities facing displacement by the Israeli government in order for settlements to be built in the ‘E1’ district that, if constructed in, could effectively split the West Bank and make forming a Palestinian state much more difficult.

Netanyahu’s new government coalition heavily supports settlement expansion in occupied East Jerusalem and across the West Bank, and vehemently opposes the establishment of an independent Palestine.

This is just one of literally hundreds of instances in which Palestinian have been forcibly uprooted from their land by Israeli authorities in order to build or expand on the illegal settlements littering the West Bank.