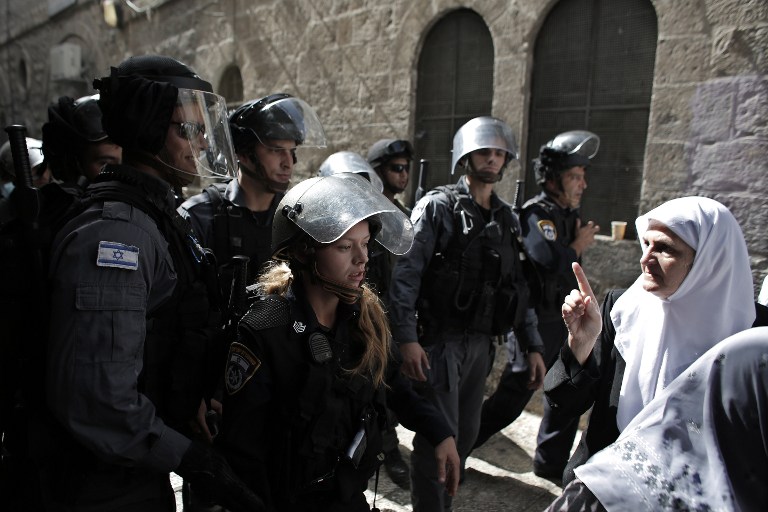 Less than two weeks after Omar al-Shalabi’s nine-month prison sentence over posts on Facebook, Israeli authorities have revoked his wife’s residency status in East Jerusalem.Muna Abdullah al-Shalabi has been living in East Jerusalem since she and her husband’s marriage 23 years ago.

al-Shalabi has recently had her residency status in Jerusalem revoked after her husband’s nine-month sentence to an Israeli prison. The Israeli Ministry of the Interior refused her residency by citing unspecified ‘security’ reasons. She has been ordered to leave Jerusalem.

Muna and Omar al-Shalabi have six children together.

Hundreds of East Jerusalem Palestinian’s have their residency revoked by Israeli authorities every year. Regardless of the situation, no Palestinian’s status in the city is ever guaranteed.

More can be read about this situation here: http://www.maannews.com/Content.aspx?id=765605