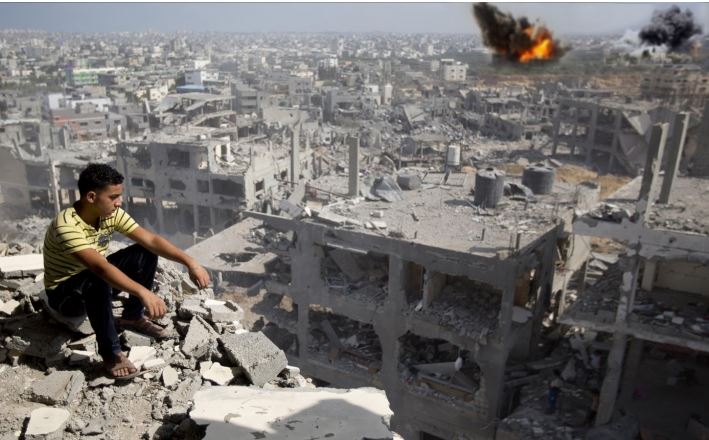 The Arab League condemned, Wednesday, the latest Israeli bombardment of different parts of the Gaza Strip, and said that the “extremist Israeli government is trying to make excuses for its new war on the coastal enclave.” Arab League Secretary General, Ahmad Ben Hilli, stated that the Arab League believes that the government of Prime Minister Benjamin Netanyahu is escalating the situation in order to obstruct international efforts, meant to ensure the resumption of direct political talks.

The official added that the International Community knows that Israel is obstructing peace talks, and continuously rejects initiatives meant for boosting the talks and reaching a peaceful solution.

Ben Hilli also said that Israel continues to violate international legitimacy resolutions, and the demands of the international community to end this occupation, stop the illegal settlement activities, and reach a comprehensive solution to the conflict.

The Gaza Strip remains largely in ruins since Israel’s onslaught in the summer of last year that left more than 2400 Palestinians, including 578 children and infants, 264 women and 103 elderly dead, while around 11000, including 3374 children, 2088 women and 410 elderly, have been injured, and many more died of their wounds later.

The promised reconstruction of dozens of thousands of homes, public facilities and infrastructure that were targeted by Israel remains unfulfilled due to ongoing Israeli restrictions, and its deadly siege on Gaza.