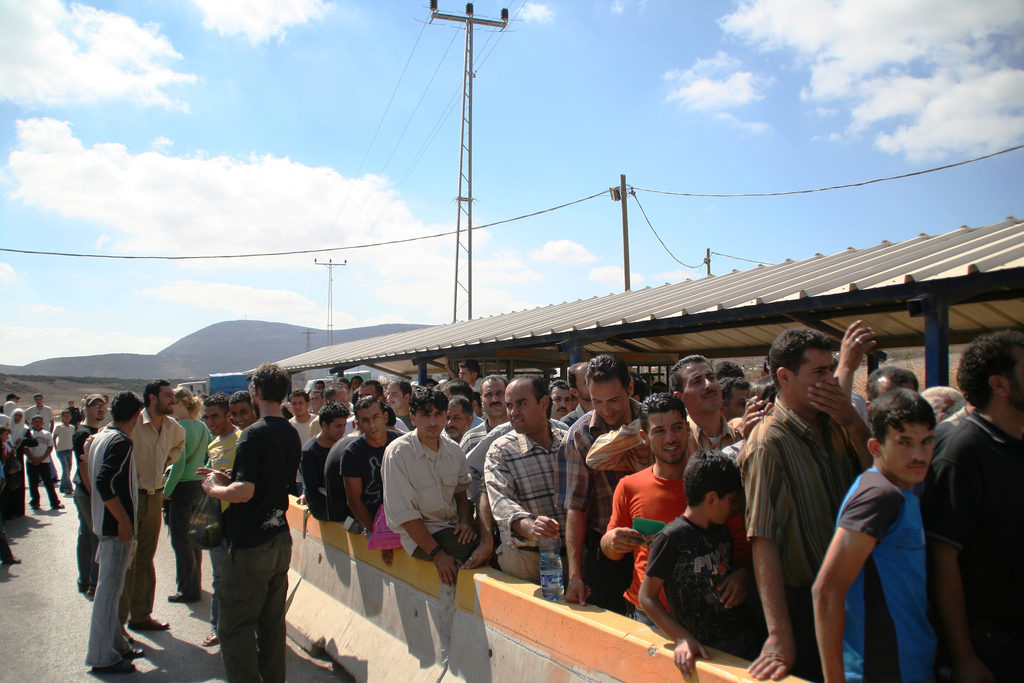 Early Wednesday, Israeli forces blocked off the checkpoint to a Palestinian town east of Nablus.According to Ma’an, the Israeli military a closed military checkpoint that leads into the West Bank town of Beit Furik after a Palestinian allegedly threw a Molotov cocktail at Israeli cars driving on the bypass during the night

Palestinians were denied entry through the checkpoint from both directions.

At the entrance of the nearby town of Beit Dajan, a ‘flying’ checkpoint was set up to inspect Palestinian vehicles that went through.

Permanent and flying checkpoints are used to restrict the movement of Palestinians through the West Bank. The Israeli military claims these checkpoints are a ‘security’ necessity.